*No experience necessary. ~~ No partner needed.  We Rotate!

A History of the Hustle

The couple dance form of hustle is usually called New York hustle but frequently referred to by other names including “la hustle” or “latin hustle”, it is very similar to the “Detroit hustle” but counted somewhat differently. It has some resemblance to, and steps in common with, swing and salsa dancing. As in the Latin dances, couples tend to move within a “spot” on the dance floor, as opposed to following a line of dance as in foxtrot.

One similarity between hustle and swing is that the lead takes the back-forward steps from his left foot; however it is not exactly a rock-step (there is no rocking action because of speed) and if the dance is taught by counting, the steps happen at the beginning of the count – “and-one, two, three” rather than at the end of the count as in swing – “left, right, rock-step”.

The dance is somewhat unusual rhythmically because of the syncopation it is associated with. Most dances are danced with either 4/4 or 3/4 music with counting to match, with either a triple or duple base depending on the dance. The New York hustle is generally danced to 4/4 music but counted as a six beat pattern. The most common New York hustle counting pattern is “&1 2 3 &1 2 3”, meaning “LR L R LR L R” in the leader’s pattern and the natural opposite of the follower’s pattern. However, the syncopation in three-count hustle also be danced: 1&23, 12&3, or 123&.[4] 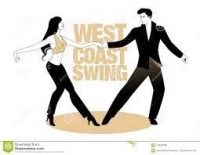 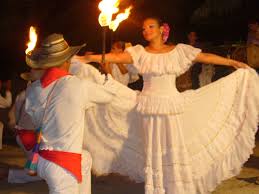 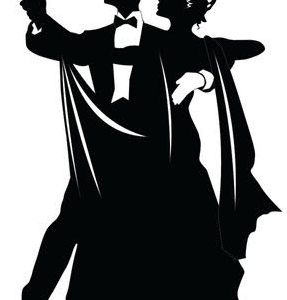